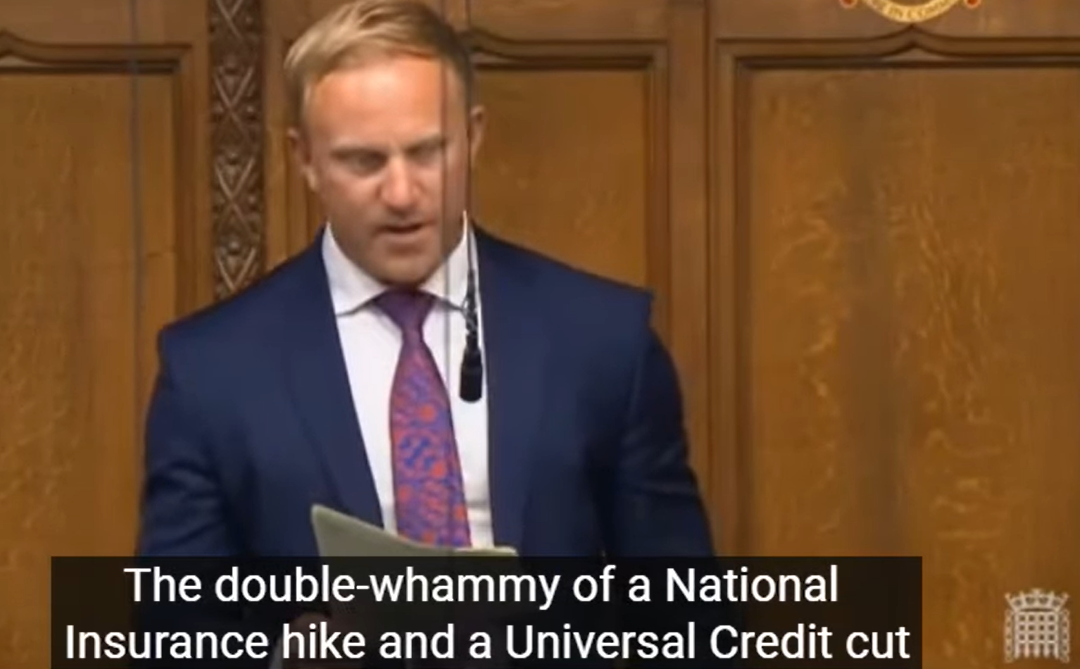 I spoke in Parliament against this Government’s appalling attacks on the poorest in our society.

The Government is set to reduce Universal Credit by £20 a week. This move will hit the poorest the hardest. But not content with this, the Government wants to increase National Insurance.

As I said in my speech, the Government will always be the Party of the 1%. They no longer try to hide their distain for the working people of this country.

What is more, the Chancellor was not even in Parliament to defend his ‘reverse Robin Hood’ decision; taking money from the poor.