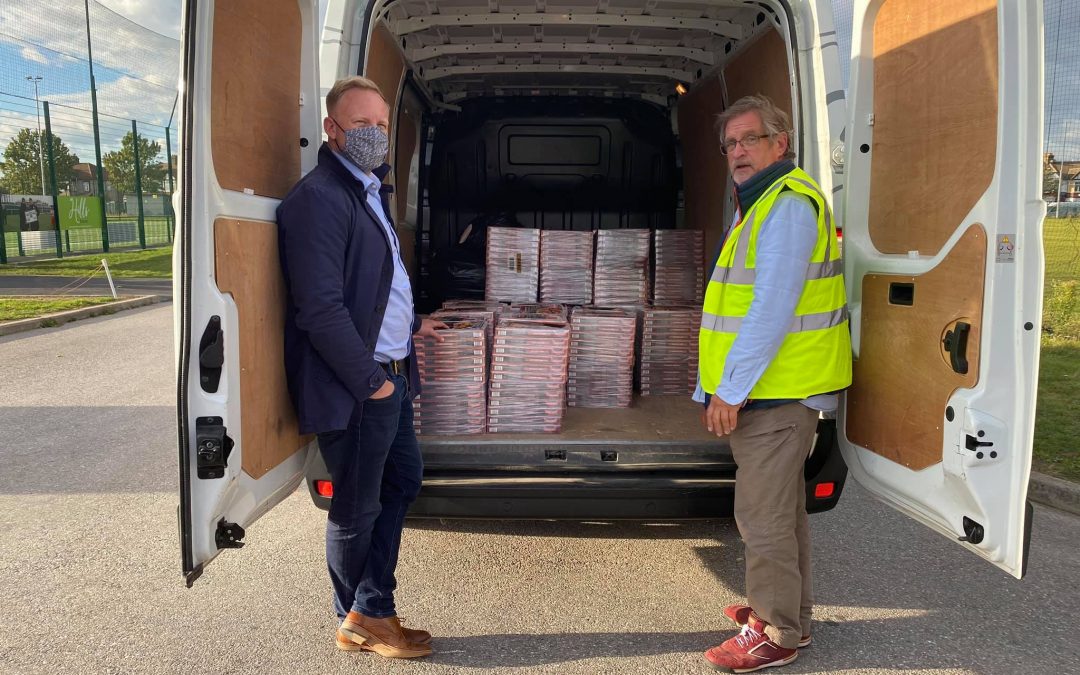 Several new Foodbanks are being set up, including one to open up in Chadwell Heath run by the Al-Huda Centre.

Fans Supporting Foodbanks is now a network of fans and activists across the country, not least Ian Byrne MP and all he has done organising PPE deliveries.

Special thanks to Irons Supporting Foodbanks organiser John Ratomski, who drove all the way from Liverpool with the goods. And to Frendford for continuing their supreme efforts for the community whilst getting Ilfords kids back playing sports!

Solidarity in action. And this is the just the beginning!