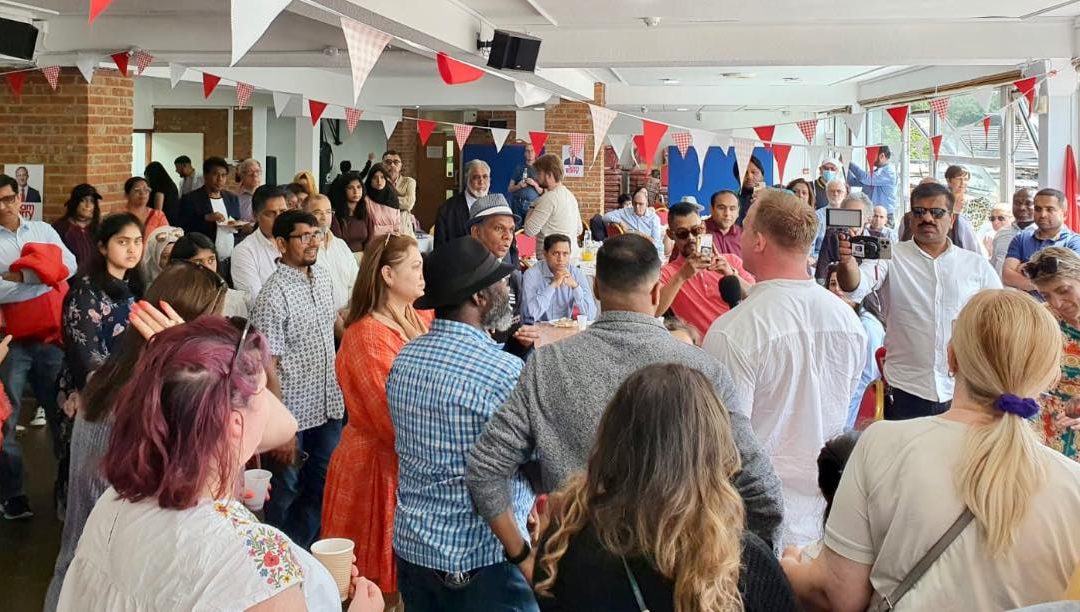 Boris Johnson is barely clinging on to being Prime Minister and refusing to rule out a snap election, so it’s a vital time for Labour Party members to come together and discuss the political situation. This is one of the many reasons why I was so happy local Labour Party members turned out in their hundreds from all ten Ilford South wards to join me for an epic summer BBQ. In total, more than 300 guests filed through the doors of Balfour Road Mosque Community Centre to eat some delicious food and hear a range of brilliant speakers fire up the crowd ahead of a potential General Election.

We were also honoured to have had a special guest appearance from music artist Yxng Bane who spoke about his plans to bring life changing music to our part of East London.

We also had trade union members from ASLEF, TSSA, Unite, GMB, Unison, MU, BFAWU, and many others in attendance.

A special thanks to my team and volunteers who helped prepare and cook the feast on four barbecues to cater for all corners of our community.

Thank you to everyone who turned up. It was so great to be together as one massive Labour family in Ilford South.

If you would like to join the fight back against the Tories and their debilitating policies, please consider becoming a member of the Labour Party today.