Opposing the Nationality and Borders Bill 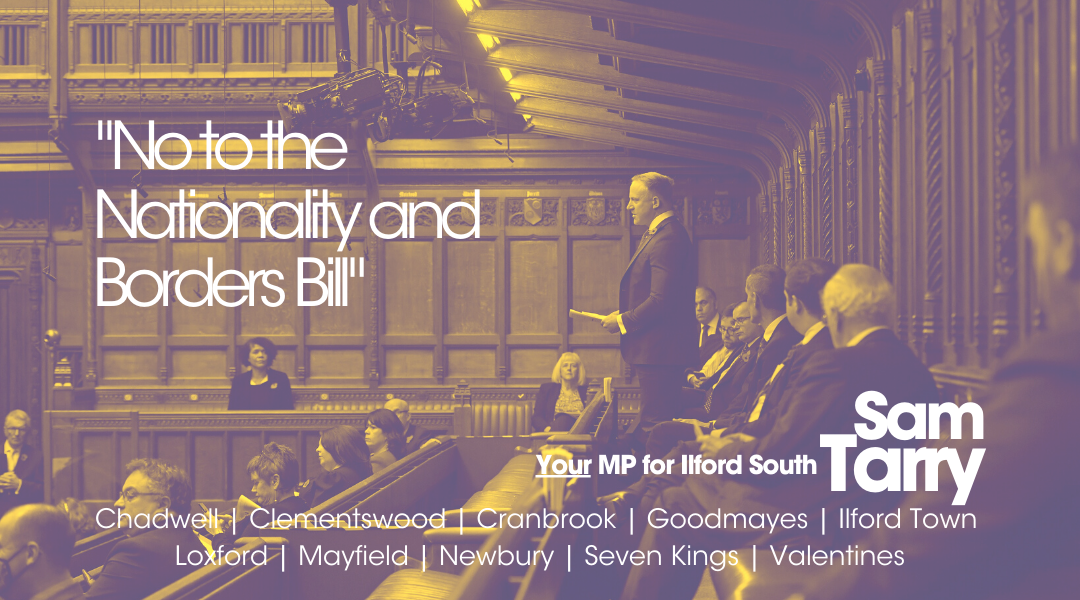 Many Ilford South constituents have been in touch with me to tell me they don’t trust this Government to look out for the rights of minority ethnic communities as a result of the Tories’ dreadful track record.

The Government’s authoritarian Nationality and Borders bill and Police and Crime bill risk the criminalisation and deportation of countless dual nationals.

Watch my contribution to the Parliamentary debate below.

Unfortunately, some of the language used by the Tory benches during today’s debate has been utterly appalling. Equating child refugees fleeing persecution and violence to terrorists is blatantly racist and we won’t stand for it.