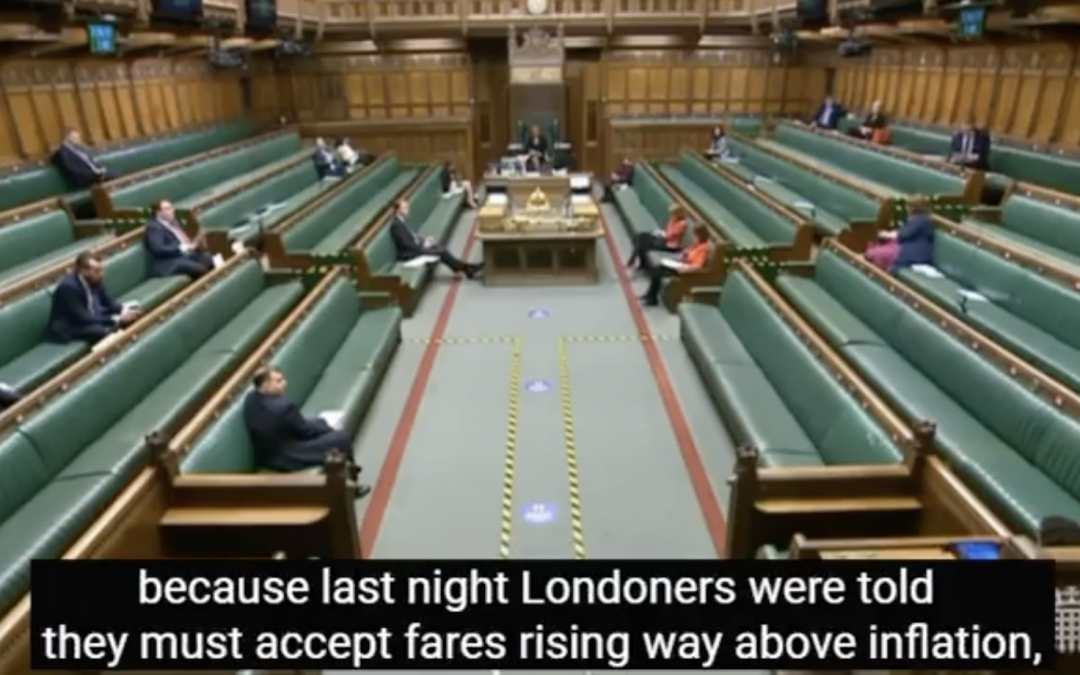 The Government’s imposition on London is a political choice not an economic necessity.

The Tories are set on using COVID19 to divide our nation. Global corporations vs workers, towns vs cities and old vs young. Sadiq Khan shouldn’t be punished for standing in solidarity with the North and the Government intends to use Covid19 to penalise Londoners.

The claims that Transport For London requires a bailout due to mismanagement is a farce. Despite having its operational grant stripped TfL has reduced its deficit by 71%.

Meanwhile, for almost a decade, UK corporations were allowed to pay half the amount of tax they pay in the US; and now the Tories are trying to punish hard working Londoners with a triple whamy of new costs.