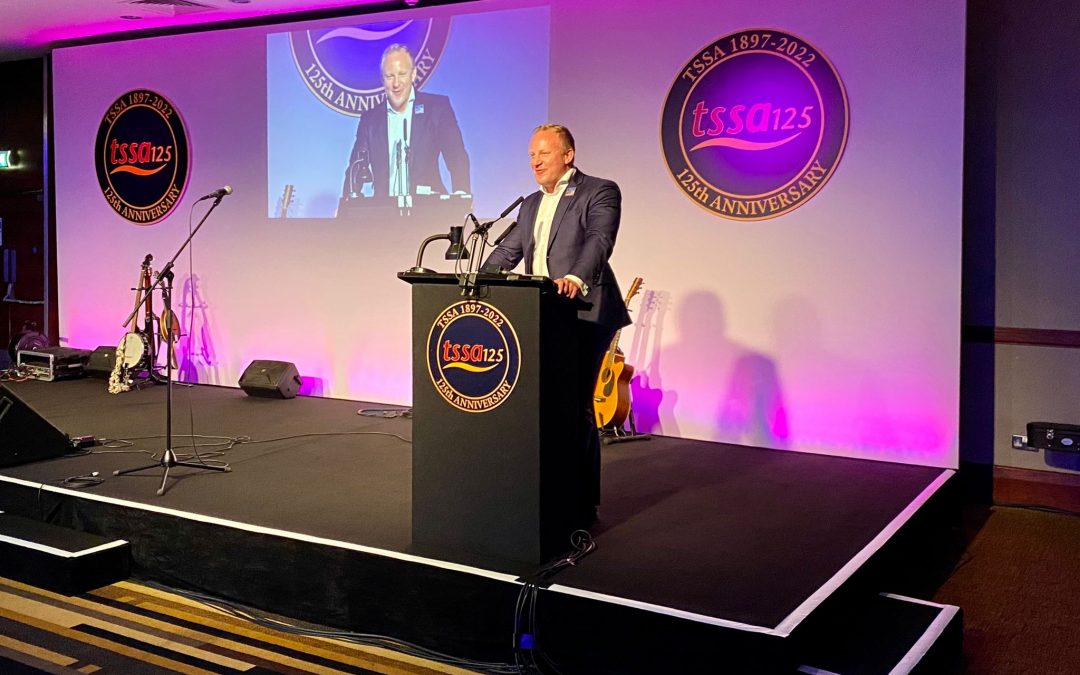 As a proud trade unionist and former transport rep I was honoured to have been asked to speak at TSSA’s 125-year anniversary event in Sheffield.

In addition, it has resolutely campaigned against ticket office closures, and for staffed stations – including proper ticket office clerks selling tickets rather than machines.

During my time in Parliament alone it has been enormously supportive of fighting against the morally-bankrupt practices such as fire and rehire – and I’m proud to have helped take their message to Parliament and helped attack British Airways, British Gas and parent company Centrica and, more recently, P&O ferries.

TSSA has also consistently criticised the Government over its lack of support for the sector – including Transport Secretary Grant Shapps over empty promises.

Looking ahead, the looming battles over pensions and job losses, both at Network Rail and right across the Train Operating Companies, I know that TSSA will be standing shoulder-to-shoulder with transport workers.

There can be no solution to the climate crisis without public transport – it must be in public hands rather than those of the profiteers.

The Government have cancelled the HS2 eastern leg, strangled TfL through political games over funding, attacked workers’ rights, to name just a few. That’s why we need strong trade unions like TSSA who can help workers fight back and secure the best for everyone who relies on our transport sector.

The only way to a socialist government is with trade unions at its heart – and that is via Labour – the link between the workplace and politics drives all we do. That is why trade unions will be at the heart of the next transformative Labour Government!