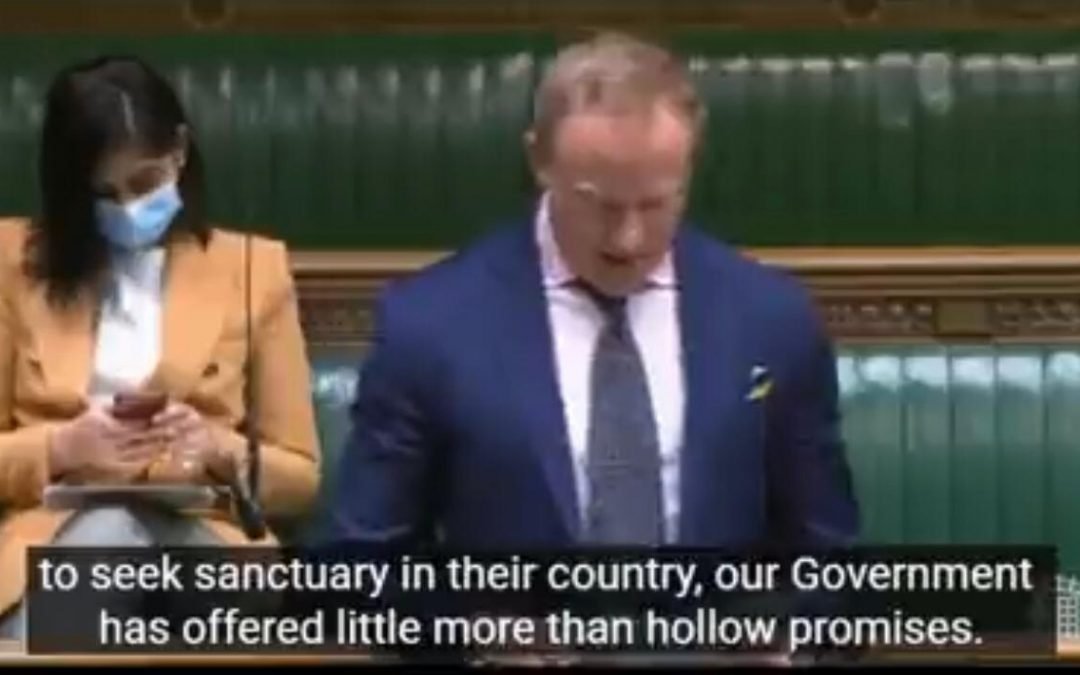 I spoke in parliament about the ongoing war in Ukraine which has forced more than two-and-a-half million people, mainly women and children, to flee their home country and face the prospect of months of uncertainty in refugee camps across Europe.

The UN Human Rights Commissioner has called it the fastest growing refugee crisis In Europe since World War Two, with many predicting that numbers could exceed four million people in the months ahead.

While many of our European partners have scrapped their bureaucratic red tape to enable hundreds of thousands of people – who are grieving, and desperately in need of support – to seek sanctuary in their country, our Government has offered little more than hollow promises to date.

Despite offering to take in 200,000 Ukrainians into the UK the Government has shamelessly been forced to admit that fewer than 1,000 people having been given refuge on our shores, while the “visa processing centre” that the Home Office set up in Calais was little more than a single desk which failed to offer desperate Ukrainians either appointments or walk-in access. Inexplicably, it wasn’t even made public as tens of thousands of Ukrainians streamed across France in search of safe passage.